Helping each other to make a difference

Doctors Without Borders, The Salvation Army, the Danish Refugee Council, SOS Children's Villages, WWF - you know them all. These are examples of NGOs, non-profit organisations, which work independently from national governments in their efforts to put an end to poverty, insufficient healthcare, environmental issues, and social expulsion.

However, did you also know that Danoffice IT in fact, works side by side with more than 55 NGOs to bring assistance to the world's hot spots in need? Sabine Heide works in Danoffice IT's offices in Svendborg. Since 2017, Sabine has worked with approximately 40 NGOs primarily in Africa. Sabine and the NGOs work together to establish the best agreements possible with IT-manufacturers and distributors in order to bring the most help possible to those who need it. "It makes you feel good when you can help those for whom it TRULY makes a difference" Sabine says.

Luckily, Sabine is not alone to manage this task, but has the backing of her fabulous Funen team of purchasing and logistics specialists: Allan Løgtholdt, Frederik Holm, Kiwi Sambleben and Jesper Steiner.

Sustainability is on the agenda

During the end of 2021, Sabine was part of a large family reunion. This occurred because, most of Sabine's NGOs got together online at the Nethope Global Summit 2021 conference. The purpose of the conference is to inspire the members of the Nethope organisation to utilise technology in order to create joint and impactful progress to improve upon the most pressing challenges in the world. This time, the theme was sustainability.

You might be thinking that sustainability would not be the first thing on your agenda if you needed to help those in need. Nonetheless, this is an important element in all the NGOs' strategies and it makes a lot of sense. "There is no use in saving with the one hand and destroying with the other" says Sabine's manager and CCO in Danoffice IT, Jan Linnet.

Jan is the keynote speaker at the Nethop conference under the headline:”Global, compliant and secure IT recycling and waste management”. Offset in the UN's 17 World Goals, Jan explains Circular Thinking which is the concept of extending the lifespan of the IT-equipment or re-homing it - wherever in the world it may be. The services we commonly provide to ordinary Danish companies, we also provide to global relief organisations. You can read more at Npvision which merged with Danoffice IT in the fall of 2020.

This is nowhere near the first time Jan will be speaking at the Nethope conference. Since he joined Danoffice IT 7 years ago, he has often had the opportunity to speak at the conference. Before COVID-19, this was a live conference in places such as Dublin and Vancouver. Jan describes the opportunity to meet people from all over the world face to face as special. Overall, the cooperation with the NGOs has an impact on you. If you ask Sabine what made the greatest impression on her, she would say the visits to places such as Rwanda which is one of the most developed and cleanest of the African countries.

"It was a rewarding experience to visit a classroom in Rwanda and see the pupils use the computers we were part of getting for them", Sabine says. 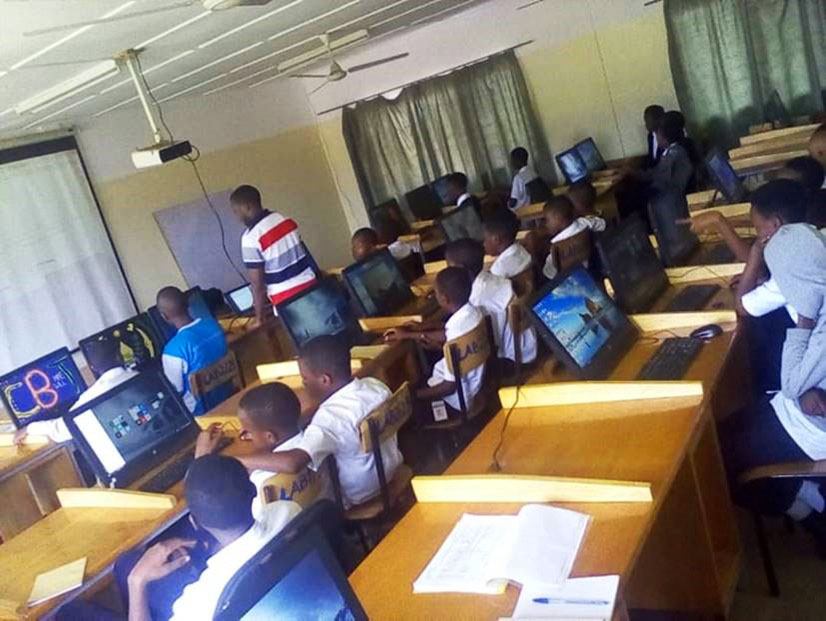 Kenya is also far along, for instance, 10 years ago, a regular Kenyan had Mobile Pay, whereas the credit cards never really made a lasting mark with the general population.

So if you imagine that the NGOs have completely different IT challenges than you do, you would be sorely mistaken. The NGOs are battling the same challenges as you when it comes to security, flexibility, and modern work places - and sustainability. Because of this, nearly 60 NGOs have formed the organisation Nethope Inc., a global consortium whose purpose and goal is to help its members through technology to obtain greater efficiency and influence. They provide guidance, resources, tools, and subventions or they effectuate the access to this for instance with the help from Danoffice IT.

According to the UN, there are 195 countries in the world and Danoffice IT supplies IT equipment and solutions to 180 of those. This is not an easy feat. One aspect is the shipping which can be highly complex and therefore requires experience (for reference, read the Nairobi story from our new colleaques at edgemo). Another aspect is the ability to purchase products in one country, deliver them to another and do so without losing the warranty, support, and so forth. However, our new colleges in the south of Funen have the skills to master it all. These skills naturally not only benefit our NGO clients, but are also passed on to you especially if your projects extend outside the borders of Denmark.