Stay up to date on the latest IT technologies

DEVELOPING STRONG NETWORKS TO SECURE THE HOSPITALS OF THE FUTURE

Region Hovedstaden (the region of Denmark’s capital, Copenhagen, also referred to here as the Capital Region) is the country's largest institution. The task of developing and maintaining on-site IT infrastructure for the region is a dynamic race, where developers are trying to keep up with the continually developing network, telecommunications and media sectors.

Furthermore, every change that could interfere with daily life and operations requires tremendous coordination - and mistakes can, ultimately, cost human lives. Since 2019, Danoffice IT has been contributing to improving and securing the region’s network with a long-term focus on ensuring that the region’s future network will be even smarter, more efficient and more secure. The DKK 135 million network development agreement between Region Hovedstaden and Danoffice IT runs over four years.

Region Hovedstaden serves the capital’s 1.8 million inhabitants and is home to Denmark's most extensive hospital system with 12 hospitals, including the region's Psychiatry, Social Enterprise - offers in the specialised social and special education areas – as well as the region's emergency preparedness systems and organizations. It is a vast, sprawling workplace where patients are treated and operated daily, in both planned and emergency operations. Installations, which would be a simple matter in other institutions, require extraordinary coordination and expertise to maintain the necessary security. There are more than 230,000 network connectors in the region, so it takes a special kind of technician to undertake new installations.

Michael Fischer is Head of Section for CIMT, the Capital Region’s IT department, with responsibility for networks, telephony and data centers. CIMT is undertaking a long-term modernization of the region's infrastructure to meet current standards and be able to integrate future applications. The project will save the region a lot of money by optimizing operation in a wide range of areas, but that's easier said than done in such a large, sprawling organization.

Every technical IT modernization project in the region has its own, advanced project plan. It is impossible to shut down a hospital during working hours. Furthermore, such institutions are characterised by busy and oftentimes unpredictable days that are difficult to interrupt for IT upgrades.

It is critical to ensure that medical and other hospital equipment has been tested for compatibility with special devices and systems. This is why new installations are subject to a pervasive testing phase before they can be implemented and put into use in busy hospital environments. Development and improvement of systems and solutions is not simply a complex task in itself. It is further complicated by the speedy evolution of technology.

It is, therefore, a complex task that Danoffice IT has been set, as the company, together with Michael Fischer, is working to strengthen the region's networks and associated services. The goal is to ensure the necessary capacity, security and accessibility to handle an ever-increasing need for agile data management across of the entire region.

Danoffice IT has won the assignment following a lengthy tendering process and has initially won the right to provide several innovative HPE Aruba network solutions. It is a task that may seem simple enough - it is, in fact, anything but simple. 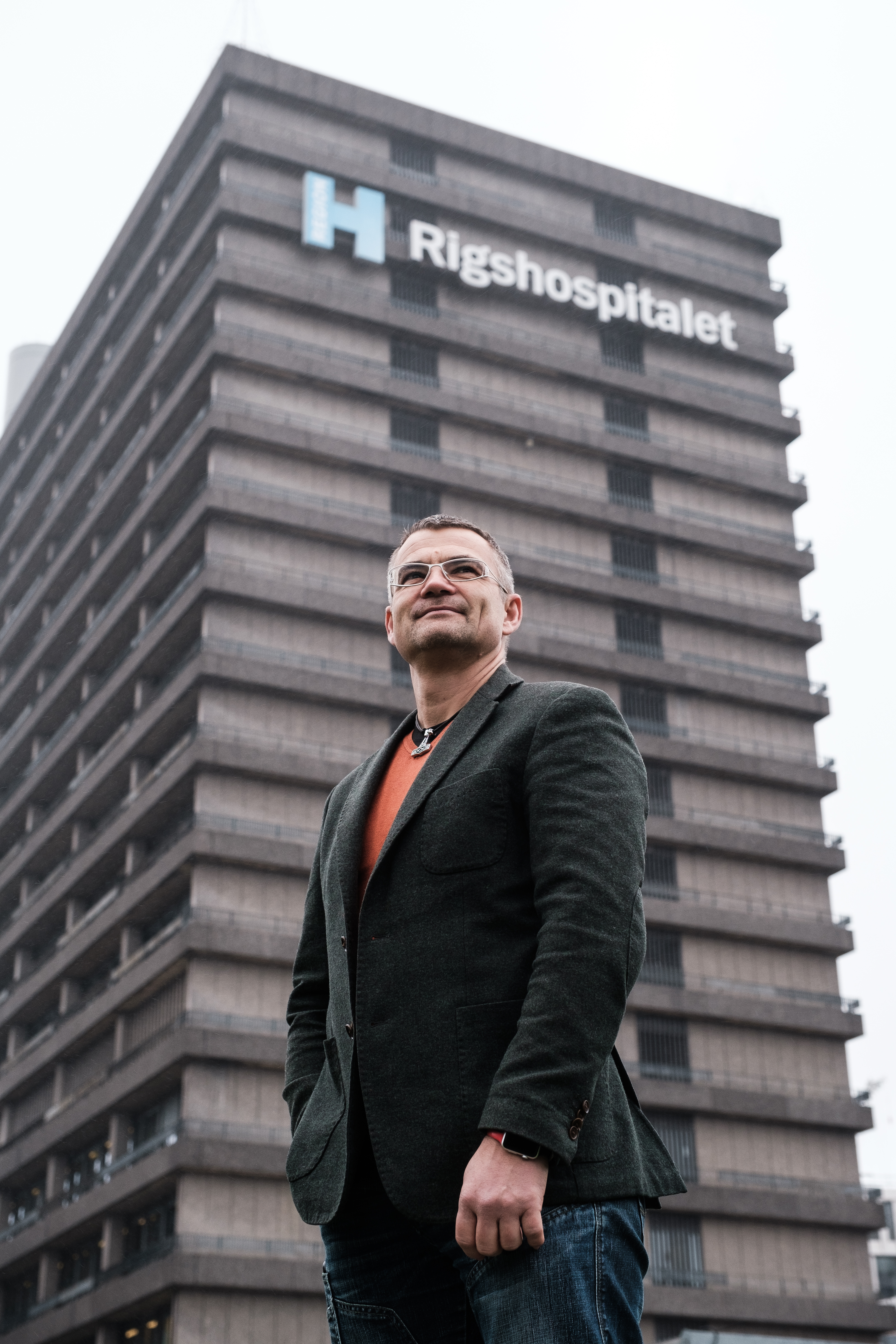 Although a strong network connection is something most people appreciate, it is a particularly pertinent part of the agenda – and requirement – for the Capital Region. In parts of the region’s IT environment stable and secure IT operations is ultimately a matter of human lives.

Denmark has a strong tradition as a digital pioneer. This means that the country is home to an ever-increasing number of internet-connected devices that place extra demands on wireless networks. This is by no means limited to advanced hospital equipment. Water and heat pumps, as well as a large number of other building installations, are connected to the network, and more will be added in the near future. We live in a high-tech age, and Michael Fischer believes that a holistic approach is needed to ensure a stable, secure, agile and scalable IT infrastructure that meets demands now and in the future.

"In Denmark, we have a complex hospital system, and there is no room for 'downtime' in a hospital," Michael Fischer says, continuing:

"The wireless network must be strong enough to enable users’ free movement. At the same time, it must have secure and stable connections, so that data is not lost even if doctors and nurses are moving around the hospital as they continually enter information and treat patients.”

Danoffice IT specializes in complex IT infrastructure and is fully aware that the project with Region Hovedstaden, more than most others, requires a firm eye pointed toward the future. However, that is exactly what they are good at.

“It is a great advantage for us that we are closely involved with IT development and have our finger on the pulse of current and future developments. Together with Region Hovedstaden, we are challenging the status quo through an approach based on the region's future strategic plan and our knowledge of future technology. It is about integrating the right hardware, but equally about anticipating the impact of future services that users will expect. That applies to both the internal users like doctors and other employees and the external users such as patients and guests in the hospitals," Martin Schjoerring, Senior Account Manager at Danoffice IT, says, adding:

"We need to use our knowledge to inspire, so solutions for today are also sustainable and high-performing solitons for tomorrow." 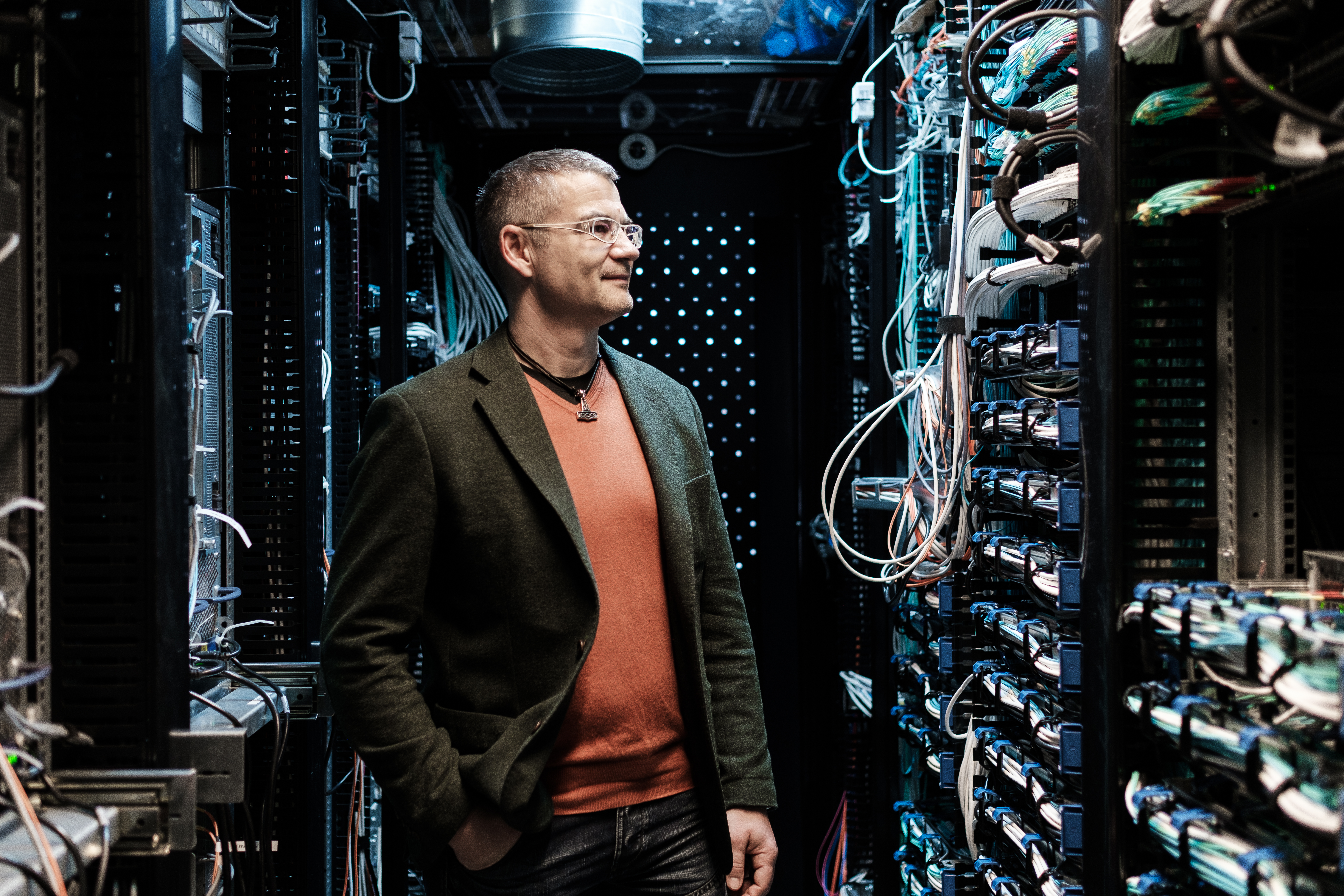