NATIONAL HOSPITAL OF THE FAROE ISLANDS

When the National Hospital, Landssygehuset, in Tórshavn on the Faroe Islands posts job adverts for doctors in Dagens Medicin (the main publication of the Danish Doctor’s Association), one of the criteria mentioned is that the applicant should have good IT skills. That is because everything at the National Hospital is managed through an advanced IT infrastructure, which has just been upgraded with an intelligent storage solution. Thanks to the new solution daily work tasks can continue, and the close relationships with other hospitals and partners in Denmark and abroad can be maintained and support the important work of the hospital staff, no matter what circumstances and situations might arise.

IT IS ABOUT HUMAN LIFE

“Our IT systems must be 100 per cent up and running. Otherwise, it can, in the most extreme cases, cost human lives. Of course, we have manual backup systems and emergency plans, but with them, we lose the power to act fast that you have with IT systems. In emergency situations, that is far from optimal," Annfinn Thomsen, Head of IT at the National Hospital, says.

He explains that the IT setup is partly defined by high interdependency – both between IT systems and daily tasks. If a surgeon cannot access the patient's journal, radiographs, etc., he or she does not have the latest, potentially vital, information to base an operation on.

Danoffice IT has designed, delivered and implemented an HPE 3PAR All Flash storage solution that takes over for an outdated, out-of-warranty, legacy system that the hospital had outgrown. In the time up to the move to the new system, everything was prepared and configured in Denmark, including spare parts to ensure that nothing would be missing on the launch day. With a geographical distance of 1,300 kilometres between Denmark and the Faroe Islands, the latter located in the middle of the North Atlantic, such preparations become extra important. “Distance is a challenge. It takes time for support to arrive. If, for example, a server dies, we do not have the opportunity for next business day support, so we need a new, stable, and secure hardware,” Annfinn Thomsen says.

In the new setup, the usable capacity is more than quadrupled, from 20TB to 90-100TB. “I hope the new solution can meet our needs for the next four years. Danoffice IT are the experts. They have been responsible for sizing, configuring and implementing the solution. Together with our IT staff they have ensured that we have the right cables, connections, etc.,” Annfinn Thomsen explains, adding that the size and scaling of the storage solution are based on experiences from the old system plus an estimation of data growth over the coming five years.

The focal point has been implementing a steady, stable system. When the expansion of the hospital, including building a brand-new server room, requires that you have to blast room for the buildings out of cliffs, you go ahead and do it (due to its geography, it is the only resort on the Faroe Islands).

“Thanks to the new server room, if one place burns down, the other place can continue operations unaffected. It's a solution with complete redundancy,” Annfinn Thomsen explains. However, the process itself was filled with some excitement and trepidation. Annfinn Thomsen refers to it as an exciting chess game.

“In connection with blasting away the rocks to the new building, we had to move all equipment out from one of our two server rooms and only run on one data center, because we were afraid that the equipment could otherwise be damaged. In the meantime, we received the new system, which would be set up at a safe distance from the blast."

To test solution redundancy, one of the two server sites had to be taken offline. "We just pulled the plug, and I admit I had a little stomach-ache the first time, but it worked, and we've proven it works," Annfinn Thomsen says.

Today, technology is on our side, Annfinn Thomsen says. The process of moving from an old system to a new one went smoothly without the end-users even noticing it:

“We prepared the move thoroughly, and when the new system was ready, we moved data and virtual servers one by one. It was a smooth and easy process. Planning was key to make that happen,” Annfinn Thomsen says.

In total, 300 virtual servers and 60 terabytes were relocated in less than two months. "I would say that large parts of our new system are more reliable. For example, we no longer have mechanical discs," Annfinn Thomsen says.

Thanks to the new All Flash solution, companies can avoid relying on traditional hard drives. In Annfinn Thomsen’s experience, this means incredibly fast speeds:

“There is a larger throughput that allows us to have several systems running at the same time. We can back up and restore data simultaneously. The users get access to more tools - we run remote desktops, so it means that terminal servers can run more programs and users per session, and you don't have to wait for different reports.”

In addition to three hospitals, the critical systems run by the National Hospital also cover municipal doctors and other various institutions. In 2018, the entire elderly care system will be connected so that everyone works in the same IT environment. The environment is centered around Cosmic (the Cambio Healthcare Systems Cosmic).

“There are a lot of eggs in the same basket. X-ray and laboratory systems are vital for our organization, and uptime is pivotal, so we need reliability and 24/7 availability. Thanks to choosing an All Flash solution, we have the ability to push the systems more - it's a nice feeling,” Annfinn Thomsen says with a smile.

The smile may also be due to the transition to the HPE 3PAR All Flash storage solution leading to a significant power saving. Annfinn Thomsen cannot disclose the exact figure, as the cumulative savings is the result of several measures, including cooling. However, he estimates that the new system, seen holistically, is about 50 per cent cheaper in electricity than the previous system:

“We expect a cost of DKK 450,000 over five years for electricity, including cooling. Compared to the previous system, I would thus say that we cut our electricity use in half, both because we have switched to SSD disks and that the new servers and other equipment generally use less electricity.”

In June 2016, the National Hospital tendered for the DKK 2.6 million project. The offer from Danoffice IT was presented in mid-July 2016, with the agreement between the parties concluded at the end of August. The new HPE 3PAR All Flash storage solution was installed in October of the same year.

"From the moment we switched on the power, it worked," Annfinn Thomsen says.

He has nine employees in his department who are responsible for daily operations, service and maintenance of the standard systems. When needed, he draws on Danoffice IT, among others.

"We know how to operate servers, but from time to time we still need hardware specialists like, for example, Danoffice," Annfinn Thomsen says.

“We try to plan and to be proactive so that we do not change anything without having time to do it well. That's why we don’t often have to call for help. When we do so, it is part of an overall plan,”Annfinn Thomsen explains, giving an example:

Moving physical servers from one rack to another is a task that is done together with Danoffice IT. Furthermore, there is a fixed date in the calendar every six months for a consultancy visit, even if just for the purpose of keeping in touch:

“It is part of the whole setup to keep our relationships strong. You get to know each other on another level; it becomes social, you talk about other things, go out to eat and the like. It is important and makes it easier to be more honest. For example, it makes it easier to make the other party aware things you might be dissatisfied with. We have a good relationship with our suppliers, and in my opinion, it helps improve both the price and the service you receive. Service involves both time and money, but it is not always the most eye-catching numbers that are the most important. The personal relationship is at least as important,” is the assessment from Annfinn Thomsen. 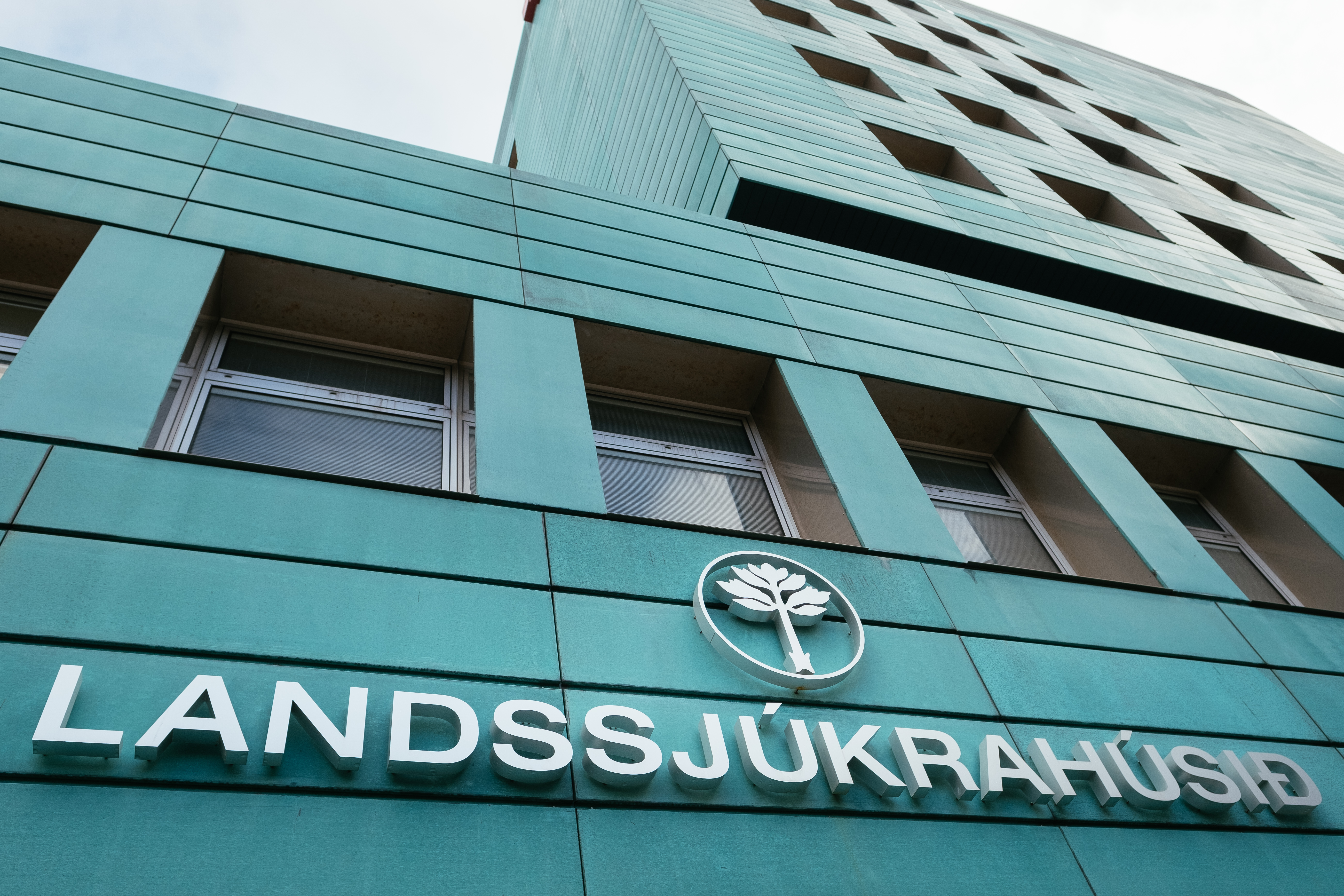 Landssygehuset (The National Hospital of the Faroe Islands) was established in 1924 under the name Queen Aleksandrine's Hospital.

In 2004, the hospital was expanded by 5,600 square meters, including a new surgical ward, emergency unit, laboratory and medical ambulatory. A further expansion is expected to be completed in 2019, in connection with the hospital's 95th anniversary.

Landssygehusets vision is to: offer the Faroese population and international patients high-quality health service in as many areas as possible. In those areas of health care where the hospital is not specialized, the aim is to offer patients the best possible treatment through close co-operation with other hospitals in the Nordic region.